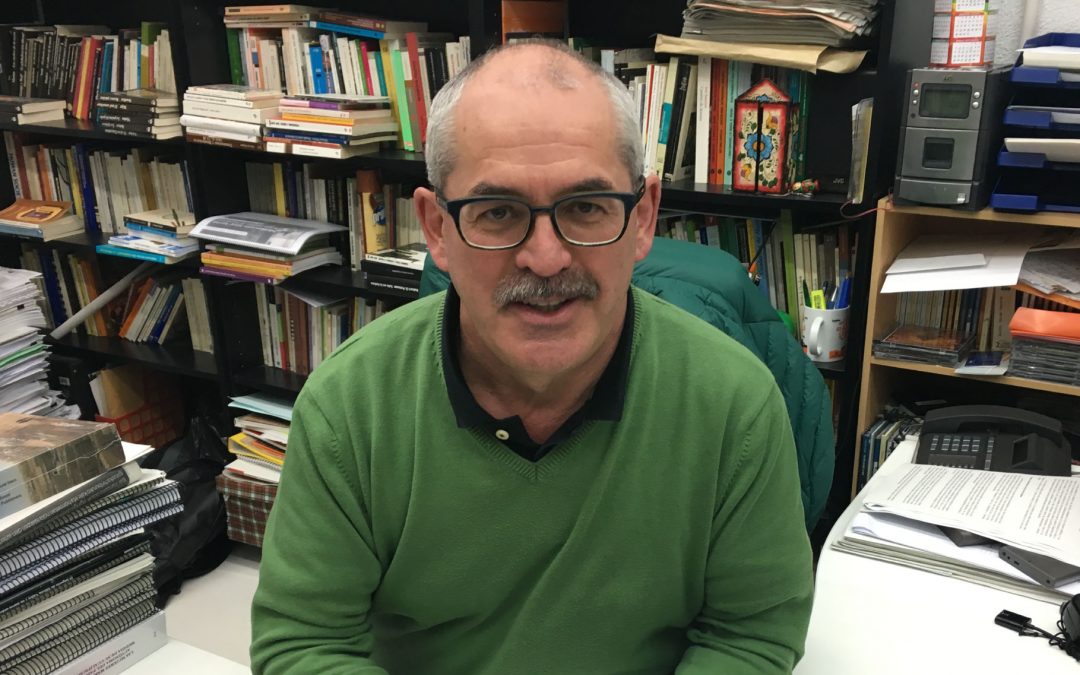 He has a PhD in Sociology from the University of the Basque Country (1991) and since 1994 has been a tenured lecturer at that same university’s Faculty of Social Science and Communication.

He has held the following posts:

He is an expert on migrations and ethnicity, areas on which most of his research work has focused. He has participated in over twenty research projects, has organised or spoken at many conferences and has published a large body of work.

Alongside José Antonio Oleaga, in February 2011 he founded the Immigration Research Laboratory BEGIRUNE, in which he conducted part of his research and of which he served as Director. He is also a member of the research group CIVERSITY, which has been recognised by the University of the Basque Country, and sits on the Hegoa Doctorate Committee.

He has participated as an expert in the recently-established SOCIAL PACT ON IMMIGRATION and helped set up the ANTI-RUMOURS Commission within the Basque Government.

He also took part, as an expert, in one of the groups of the LIVING TOGETHER programme run by Oberaxe (the Spanish Racism and Xenophobia Observatory) and is a member of the ICC, the European Intercultural Cities Network.

From October 2013 to December 2016 he served as an advisor to the Basque Government Department of Employment and Social Policy.